Note that most of the time, I include a "READ ME" file in the zip file with the materials and resources that describes what each of the files is about.

The files below are the files I will be using in class today.  Note that I uploaded a revised version of the scoping slides around 10:00 AM that includes the slide with the ASHRAE link in it.
LECTURE

Download File
SCAVENGER HUNT
FOLLOW UP
There were also a number of people who wondered if the electronic psych chart I demonstrated worked on a MAC and/or if the ASHRAE chart would work on a MAC.  The answer to that is "No".

But there some other options that you may want to consider.   One is that ASHRAE does publish an iPad psych chart app.  If you go look at it on the App Store, it does not have a lot of stars, but the reviews say that is because it is buggy.  I bought a copy to see how well it worked (its $20, so not to terribly expensive) and so for, for me, it has worked nicely.   The screen shot below is from it. 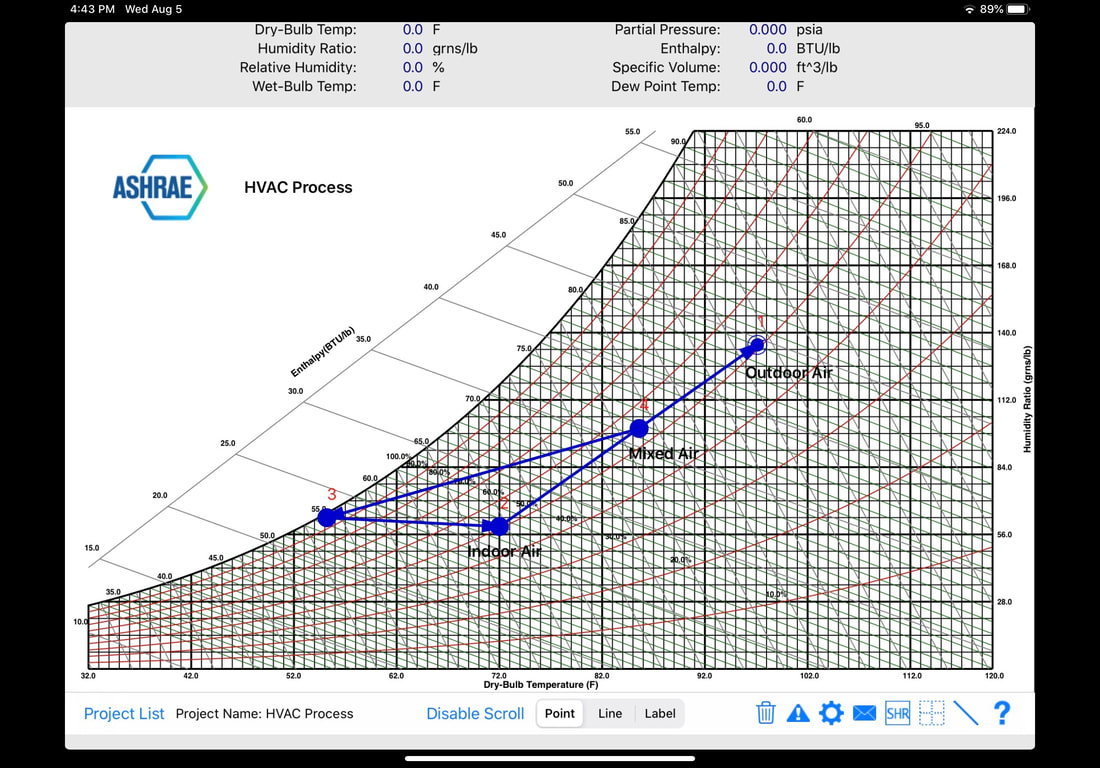 I also mentioned that I would be putting together an answer video for the scavenger hunt that we did in class.  That is still on the radar but probably will not be done until mid to late August, so check back ever once-in-a-while if you are interested in that.

Finally, Ryan should be sending out an e-mail with instructions for the exercise we gave you using the Le Conte AHU model.  So watch for that in your inbox.

The files below are the files I will be using in class today.
LECTURE
LAB