Eikon for Educators and WindLGC

Eikon for Educators is a free copy of the Automated Logic programming software that you can use to learn about logic diagrams.

Download File
Better yet, once you have built your logic, you can run it in simulation mode.  While this will not tell you anything about the interaction between building and system dynamics and your logic, it will help you see how the "domino's will fall".  (Incidentally, if you follow the link, don't get bored and stop watching before the end;  it's worth it.)

The image below is the logic for a flywheel cycle that solved a number of problems on a project I was involved with.   Having the ability to simulate the logic (basically, forced response testing) allowed me to tweak the logic until I was pretty sure the only things left to adjust would be related to how the logic interacted with the building, its systems, its occupants, and the climate.  If you want to know more about the flywheel cycle and how it evolved, I did a presentation about it at the 2013 National Conference on Building Commissioning. 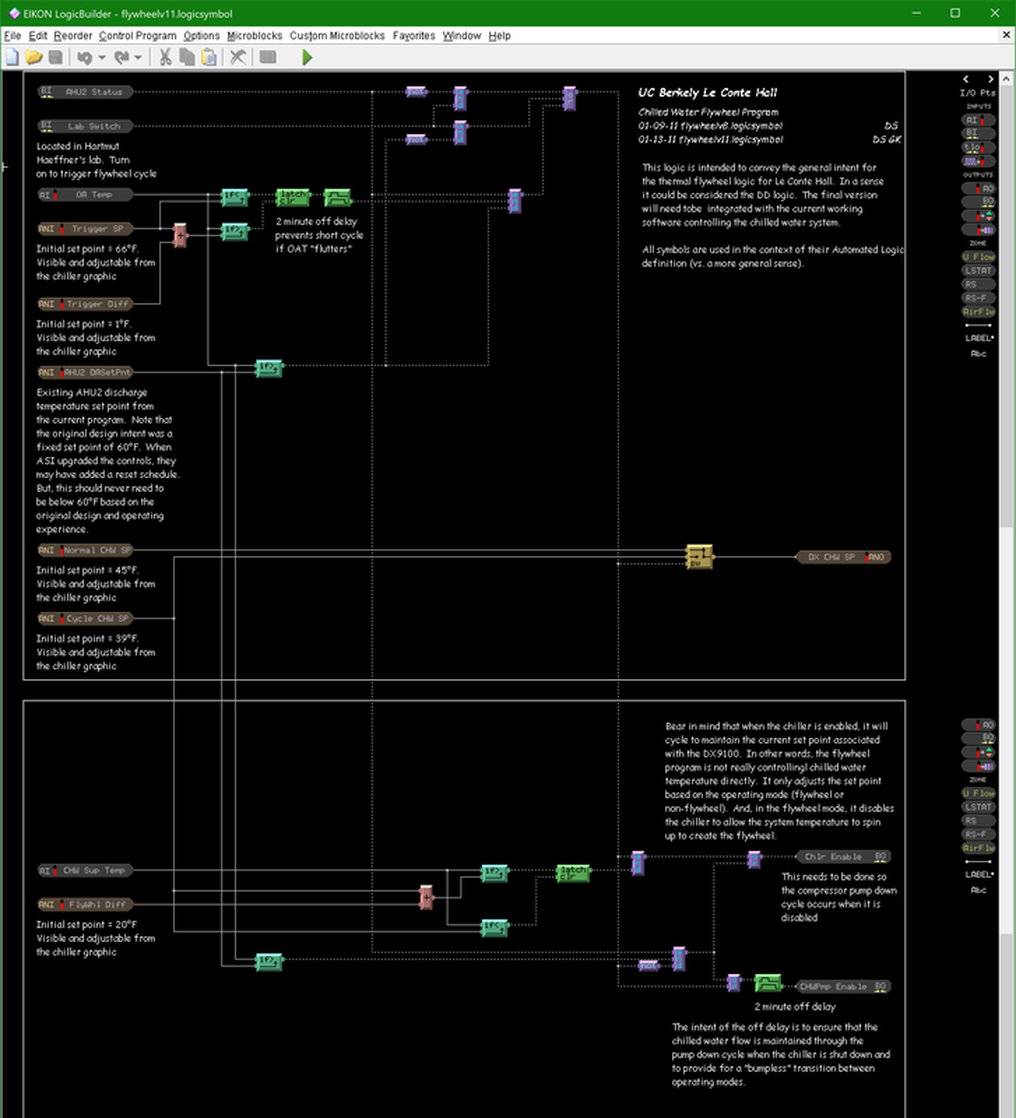 Wind LGC (available in both 32 bit and 64 bit versions) is a free copy of IDEC's programming software for their Smart Relay, which is basically a little tiny Programmable Logic Controller (PLC).  This is another tool you can use to learn about logic, but in the form of a ladder diagram, which at its heart, is just a different type of logic diagram.  In the olden days, we did a lot of logic with relays;  the Jeopardy Game I discuss in my blog post about relay logic is an example of applying the concept for a little family fun.

The image below is part of a WindLGC program that I wrote to understand what the logic would need to look like to control a multi-speed kitchen exhaust hood that needed to be controlled by a five position rotary switch.  It became surprisingly complicated to some constraints imposed by the way we wanted the occupants to interface with the system and the available hardware. 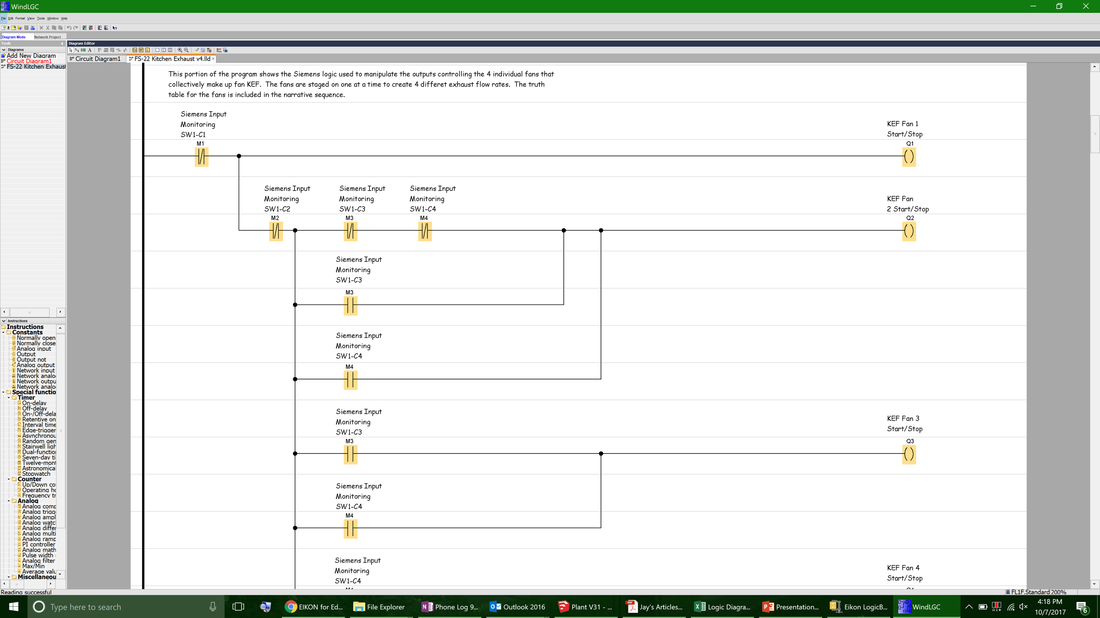 The links below will take you to the Eikon and WindLGC files associated with these two examples if you want to play with them.  I have also included links to some of the supporting information for the Kitchen Exhaust Fan so you can understand what it all looked like on the contract documents.